I'm now blogging over at: 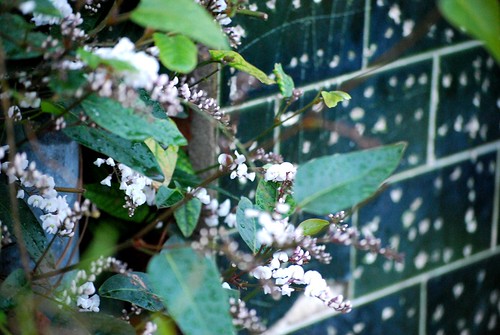 The summers of careless abandon are the memories to cling to
Late night walks through blooming gardens
And the cool evening breeze on deserted streets off the grid
Only to wind up in a dark park entangled in
Tree branches and liplocks and the feeling of being 14, your heart in your throat
Surrounded on all sides by a battalion of fearless brushtails, encircling and encroaching in the crackle of suiciding leaves.

The backstreets off Collins are bathed in the stench of hot rotting garbage
In Yarraville it only smells of happiness and moist grass. 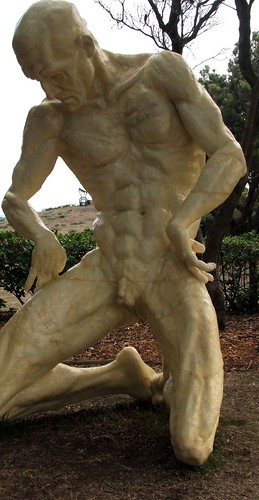 I wrote an ode to a dead friend while he was still walking
Begging him not to die, that he would if he didn’t change his situation
And I could write a million odes and songs and love letters
But they will go unread and ignored and I, unheard.
He spent the last few years of life listening to his own eulogy and he still chose to go ahead.
He still chose her knowing it was certain death.
He still chose to die.
I shouldn’t begrudge him his choice, because I too will have mine. But I can’t help but be enraged that he chose to throw away all the work for the old safe coat of proving to them that his life was worthless.
To let them win.
They didn’t deserve the win.

I warned you!
I told you it would kill you, you read it there on the page, explicit.
And still, the lure of self pity was too powerful.

I’m so sick of the fucking junkies and delicate flowers who will let themselves be lured by them
And in this town I see junkies everywhere.
They are upstairs, in the cafes, sitting on buses, doing deals in the sunshine in alleyways. Nighttime is not even needed as a cover.
The only things that scurry away in alleyways are the catlike rats. 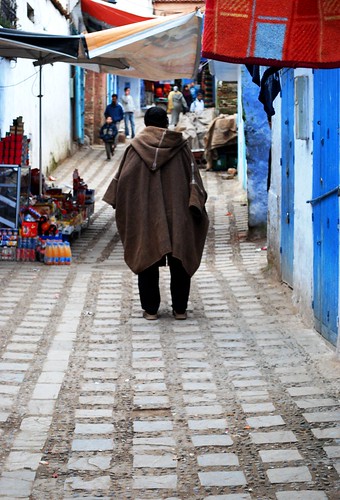 This is a story of a man so strange in manner and occupation, unlike the masses.
My father the spy.
As we watch the sun laze on the horizon, stretched out in ascending colour, the story of dodging compulsory military service. Dodging bullets.
My father the womanizer.
The man who, if he had been a sailor, would have had a girl in every port. As it is, he never left the one northern port, and never strayed too far in his travels. He was always home in time to bring back tall tales and hotel sewing kits.
This is the story of a man who will still use two glasses to cool my tea, blowing intermittently, at 6, 18 or 26.
The man who makes me freshly squeezed orange juice in the tiny dark kitchen, the electric machine singing arummm rum rum as each half moon is squashed to pulp.
We dance in front of the full length hallway mirror, him clicking his fingers and scatting an unidentifiable tune. Cackling into his reflection and asking opinions on hats as we try on garments and silly faces.
The man who answers the phone as a Frenchman, despite the simmering resentment that remains in the blood of all colonized peoples.
This is the story of a man who still visits his departed mother’s house for lunch every day. A man who doesn’t seem to realize he is in his sixties except for, perhaps, in his morning tea when he drops little white tablets quickly scurried out from their hiding place in an inside jacket pocket into the milky brew.
Huddled under the whitewashed low roof of a Berber cottage, I ask my father to tell me tales in the candlelight.
Pieces of my candlelight mythology.
This is the man who would tell us tales at bedtime of Helen of Troy, and take us in summer to the caves of Hercules, pointing to where his impressive strength, the same strength that strangled snakes in his crib, also left holes in the walls of the Mediterranean. My mother would read us classic English storybooks at bedtime, but my father would paint a world of adventure with his story telling, a world to which I would run off into in my dreams.

This is a man who takes strangers through hillsides freckled with olive trees or patch worked with hope of harvest. Hillsides that have taken ancient cobbled steps into their bosom and, as you wander up in the sunshine, an ancient Roman town appears. This is where my father the guide likes to take strangers, building the ruins back up into full buildings before their eyes. And this is where my father the joker presents his favourite trick, lowering unsuspecting women and men alike onto the phallus carved into the stone, an ancient street sign pointing to the local brothel. 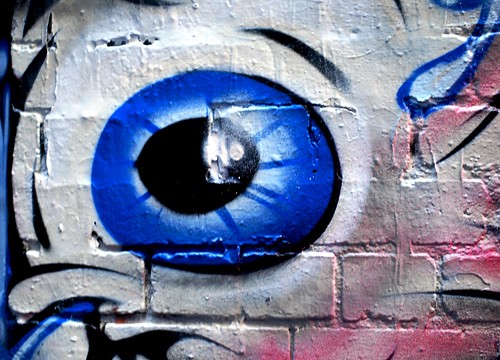 Sharks hunt better in open water even when their prey is aware of the hunt.

Nor the wank of fake art blown up condom or a condom housing costumed trio, finger-painting.

The ivy covered iron gate is not a prop from a teen angst vampire film. It simply hides lines of coke crawling up noses. 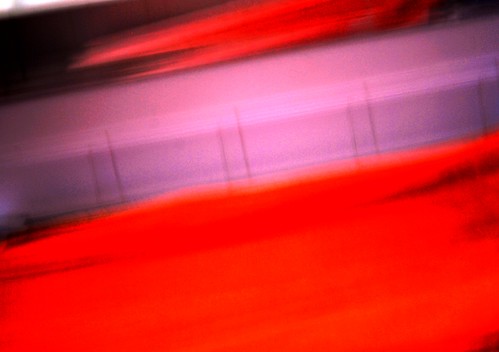 I remember meeting you on days like these. Searching for you under the barking bronze statue dog. Days of sweat and feeling hot under the collar, even though I never wore one. The air so thick, it’s hard to take in.
The air so thick with intent.
Us shuffling around each other for hours, me with all the things I wanted to say to you but knew you didn’t want to hear weighing heavy on my heart.

Declarations and hopes and regrets or questions.

And you with just one word shamefully trapped in your throat.
Sex. 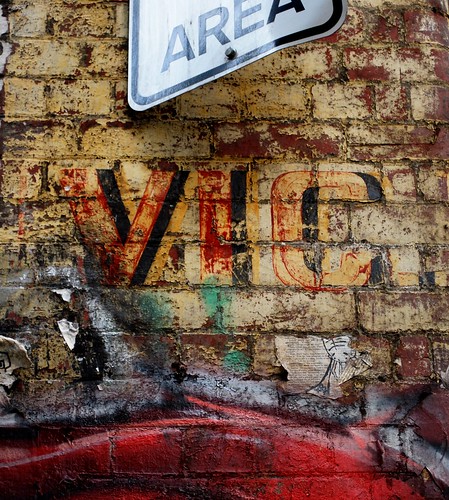 6 stops on a tram from Richmond
I indulge in Vodka and tears
As day falls away into the street lamp orange sunset
The silvered fish stand tall on hidden tails.
See, the Melbourne eye is blinded
Cataracts are being removed one by one

The shock of winter has fallen away to surprise at warm days and freezing nights that betray the fact this city is masquerading as a coastal one.
Yet another implied assumption that is buried in the dust of reality.

It is a desert here, although it shouldn’t be.
Moving through structures made of sand,
Life stalls on ribbons of road cutting off communities
There, under freeways and train lines and roads filled with endless golden arches, they can hide away, boom gates ensuring we are all stopped from crossing over.

The famed laneways offer up a mixed bag
Fearless rats scuttling about and snakes hibernating in bins
Or in bars, sardonic, hobo-chic cocktails, glass held in paper bags, where it’s all suddenly chic and unaffordable.
On the Upfield line, beer in paper bags is plentiful and on Little Bourke Street a cocktail in a paper bag will cost a cool lobster. 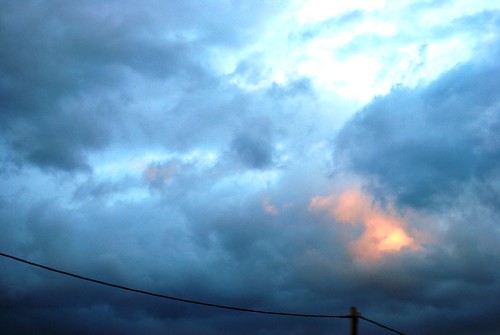 At Bourke Street I am at a crossroads watching long plumed birds take off in the cooling breeze and horses gallop in the setting sun, all mocking me in their limitless freedom.

I am so envious of the birds, dropping down roof tiles as if they were positioned pieces in a Tetris game. They get to frolic in the cooling evening against a backdrop of clouds carrying the pink of the sunset on their backs. They have the freedom of a home, resting away in ever jiggling trees.

The sky here seems endless and curved, cupping the rows of suburbia. The dirty cheeked sky laid against the flat land, the miles of horizontal chains of gentrification.
The great plane of the Melbourne steppe.

Here is a toothless grimace passed off as a smile, for how could you smile through decades of being told you are worthless?

Even I once started to believe the hype. 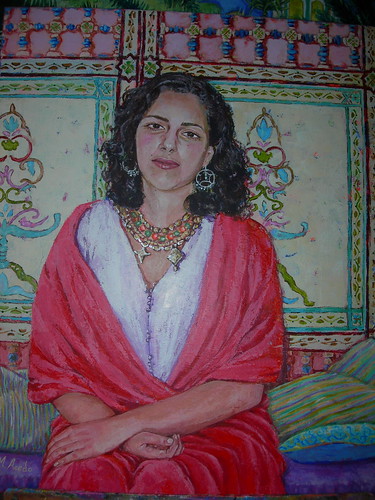 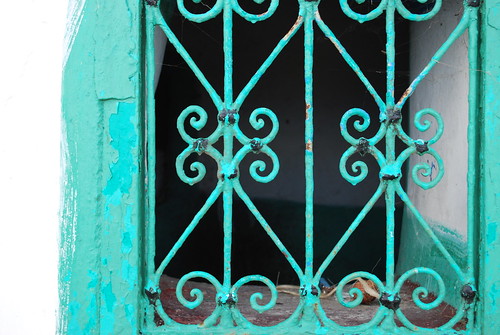 I never had the chance to feel quite complete, like I would be forever trapped between two cultures.
But this isn’t a tug of war.
I don’t feel torn between them anymore, more like a rubber band gone slack. I am just one among the pushing spitting yelling crowds.

I can’t even write it out now, these grandiose feelings while flying, feeling like perhaps my language had come back.
I was soaring atop waves of clouds, my hope up there pressed up to the horizon of the infinite blue.
Above atmosphere.
The feeling of take off is such a thrill that I cannot sit by and not watch.

This is a feeling only matched by falling in love.
Then too I want, need my eyes open. Watching as my brain floats out clear of my head; where I am disembodied but simultaneously feeling every cell. It is so heavy there sitting, as I fly.
My stomach lurches and drops through the seat. I can see it plummet thousands of feet, picking up icicles on the way. That gut hurtling to the ground could have been the same one that dropped so suddenly at the right glance, that fleeting instant of connection where you know there is no turning back- you might as well be committed.

And this all happens on a loop: excitement, elation, commitment, love you have given so freely you could never expect it back.
Exhaustion.

And dread.
Because it all comes back to that. Any sort of love makes a home with dread.
Collapse